MOUNT BIGGS SCHOOL presented their 2015 school production, Never Gonna Give You Up YouTube! at Feilding’s Civic Centre on 7th December 2015. The audience was entertained by song, dance, and humour and Artisan Media was present to capture the moment.

Being a small school, we worked hard to keep filming cost as low as possible but still managed to film with two HD video cameras and additional audio. We utilised Mount Biggs School’s artwork in the DVD design and DVD menus.

Join Hannah, Monique, Ben and Oli as they attempt to complete a homework project and ‘describe the impact of technology on the world’…

To their surprise, they get ‘rickrolled’ and are transported into an alternative universe inside the Internet where they are taken through their computer’s YouTube history, visiting all their previously viewed favourite videos.

The students stumble across a plot by music mogul Simon Cowell to wipe the Internet clean of ‘talentless, annoying videos’ as his Rickroll Ninjas capture artists and lock them away in his ‘dungeon of old Internet trends’. Millions of Internet sites are subsequently replaced by videos of Rick Astley’s 80s hit song ‘Never Gonna Give You Up.’

With the Rickroll Ninjas beginning to wipe their favourite videos, our students engage with characters in the YouTube videos on their quest to bring the infamous Simon Cowell to justice and restore YouTube once again.

Renee Strawbridge - Director/Writer of 'Never Gonna Give You Up YouTube!'... 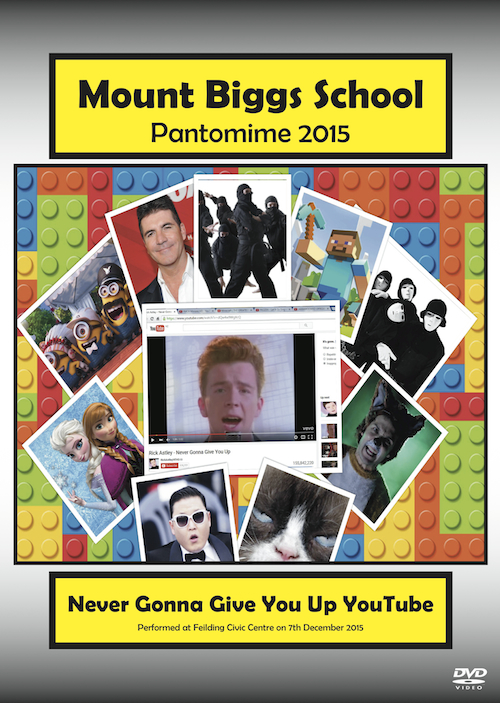